Since I did a technical discussion about how we came up with and designed essence overall, I thought it might be fun to do write-ups regarding each specific power. First up on the list is pause essence.

In case you haven't checked out the game at all, here's some context: Worldline features six time-manipulating abilities, similar to those found on a VCR remote, the first of which is "pause."

Unfortunately, from a technical standpoint, pause, alongside slow and fast-forward, aren't really that interesting. In case it wasn't already obvious, pause pauses time, except for the player, meaning everything around the player comes to a complete stop. Under the hood, we don't have to do anything fancy. When it comes down to it, pause just disables most of the functionality of an object so it can't do anything.

Here's a really old screenshot of an enemy with a "pause" aura. At the time the flockling enemy didn't have perfect accuracy, so this could happen.

Actually, the only technically interesting part of the pause mechanic was figuring out what exactly wouldn't be disabled during pause, and how to balance it in comparison to slow. Before we even playtested the game, we knew that if the pause ability paused time, and the slow ability slowed time, then pause would always be better to use in any given circumstance. So we came up with a few solutions:

We ended up going with option number three. Actually, in the first implementation, enemies could "break out of" pause and slow, but with pause it would happen much faster. Given that most enemies don't have a ton of health, we ended up making it to where enemies will never break of out slow, in order to incentivize the player to use it more. While it may not be a perfect solution, we've found players are more inclined to use slow against single enemies, which will never break out of it, compared to pause, where players will use it on large groups of enemies so they can focus on one at a time.

Breaking around the time when it was first implemented

Regardless of all of this, the whole "breaking" mechanic is something that players have (understandably) had trouble figuring out. Most people play through the entire demo without realizing it's there. There's a lot of different rules to it...

There's actually probably a few catches I didn't mention. Since it's confusing, even to myself, I've been thinking about scraping it for the final game altogether, and replacing it with something that is slightly more intuitive, or at least doesn't require a study-guide to understand. 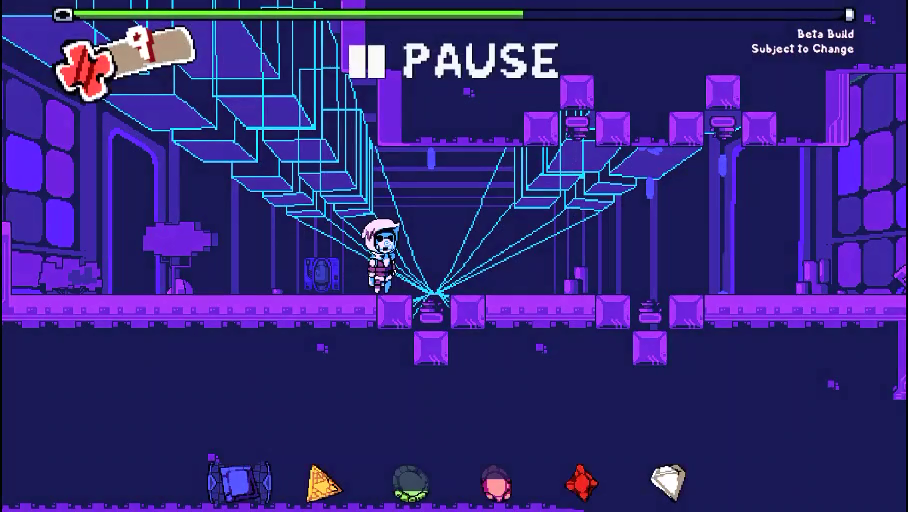 A Game About Time in Space - Worldline is a 2D puzzle platformer where you can use six time-altering abilities.